You’ve seen them on the road or in films and TV, but how much do you really know about the super-hip silver trailer? In the late 1920s, Airstream’s founder Wallace (Wally) Merle Byam created a travel trailer in his backyard to satisfy his wife’s refusal to camp without her kitchen and her dislike of sleeping on the ground. Their travels with this trailer generated such interest Byam began fulfilling folks’ requests for trailers in his backyard, which led to selling plans in the back of magazines and eventually the 1932 founding of the Airstream Trailer Company. Here are 11 facts about the revolutionary trailers.

If he were around today, he’d be the king of the sound bites. Here’s a sample of a few of his bon mots:

“It’s better to wear out than to rust out.”

“Adventure is where you find it, any place, every place, except at home in the rocking chair.”

“France is the trailer paradise of the world.”

“If you don’t know what else to do, drink beer.”

2. Vincent Price narrated a miniseries about the Airstream.

In the 1950s, Wally Byam organized Airstream caravans to various exotic overseas locales, a tradition that continued after his death in 1961. These trips, put together by the Wally Byam Caravan Club International (WBCCI), generated much excitement and buzz both in the places visited and back home in the USA. Wally wrote, “we feel that we have spread more honest-to-goodness, down-to-earth goodwill in the countries we’ve visited than all the striped-pants diplomats put together.”

From 1963 to 1964, the Around the World Caravan did just what its name suggested, closely following an historic route mapped by Marco Polo in the late thirteenth century.  The group started in Singapore and 403 days and 31,000 miles later ended the caravan in Lisbon, Portugal. The National Geographic Society documented this trip, and in 1966 the “Around the World Caravan” miniseries appeared on television, narrated by the spooky actor. Price commented on the event, “A flying saucer landing could not have created more of an interest than an Airstream caravan.”

3. There was a square Airstream.

Silver Bullet, Silver Burrito, Silver Twinkie; Canned ham, Toaster-on-Wheels … there are many nicknames for the iconic silver streamlined design, but from 1986 to 1991 a new shape was added to the mix. These squared off Airstreams (there were two models: a traditional travel trailer and a 5th wheel) closely resembled the familiar boxy blueprint of non-Airstream RVs, but die-hard fans were not amused. At the time, the “Squarestream” was banned from the Wally Byam Caravan Club (a decision that has since been reversed) and the company’s decision to produce them was compared to the “New Coke” debacle of the 1980s.

Known as the Airstream Ranch, this homage/eyesore/art installation (depending on your perspective) was almost sent to the junk pile after local businesses complained it was a visual nuisance. Ten thousand people signed a petition to save it and in 2012, a judge declared the grouping not junk, a sign or illegal storage of the trailers—and the Airstreams remain. Whether or not it’s art is still up for debate.

5. Though the company’s product is often referred to as the “Silver Bullet” Airstream’s Silver Cloud model was not silver, nor bullet shaped.

Early models were made of Masonite, a type of hardboard made of pressed-wood fibers with a wood frame.  These trailers were teardrop shaped and two-toned. The 1936 Airstream Clipper was the first bullet shaped Airstream made of riveted aluminum—and kind of looked like an alien.

6. Before all the hipsters were doing it this century, in the 1950s, Byam recommended using the Chemex coffee maker.

“I personally like the Chemex outfit with filter papers,” Byam once wrote. “I wish Chemex would make this deal out of stainless steel, as I am continually breaking the glass coffee makers they provide.” Both the Chemex coffee maker and an Airstream trailer have been on display at the MOMA in New York City.

Airstream stopped production during WWII as aluminum was classified as a critical war material and the War Production Board ordered the suspension of the production of travel trailers for personal use.  Wally shut the plant in 1942, but reformed Airstream, Inc in 1948 with the Airstream Liner.

8. There are Airstream hotels in France and South Africa.

South Africa’s Granddaddy Hotel created a rooftop Airstream trailer park by hoisting the trailers up top by crane.  France’s BelRepayre Airstream and Retro Trailer Park not only has Airstreams to rent as rooms; there’s an Airstream bar called the Apollo Lounge. If you don’t want to travel that far to stay in an Airstream for a night, there are plenty of Airstream hotels, bed and breakfasts and permanent trailer parks here in the US.

9. The look of the Airstream trailer was inspired by the Streamline Moderne design aesthetic.

A stripped-down version of the Art Deco movement, a streamlined design did influence function (think Streamliner trains) but “streamlining” eventually evolved into a design trend that suggested forward movement and speed with a futuristic appeal.  It was extremely popular in the 1930s and 40s and was applied to stationary objects such as toasters, staplers and alarm clocks among many other things.  Oddly enough, this look has endured and retained its appeal and futuristic feel.

10. Pamela Anderson once owned an Airstream equipped with a stripper pole.

Dubbed the “Lovestream,” this all-white Airstream was a gift from Hugh Hefner in 2001. The trailer contains Playboy logos on the couch, mirrored ceilings, white shag carpeting, and a circular vibrating bed.

11. Trailering was so popular in the early days of Airstream that in the mid 1930s there were about 48 trailer companies, but within 5 years there were 400.

Airstream is the only one that remains today.  Though in 2013 the Bowlus Road Chief—the first riveted aluminum trailer that served as inspiration for Airstream’s iconic design—was reissued by a longtime enthusiast. 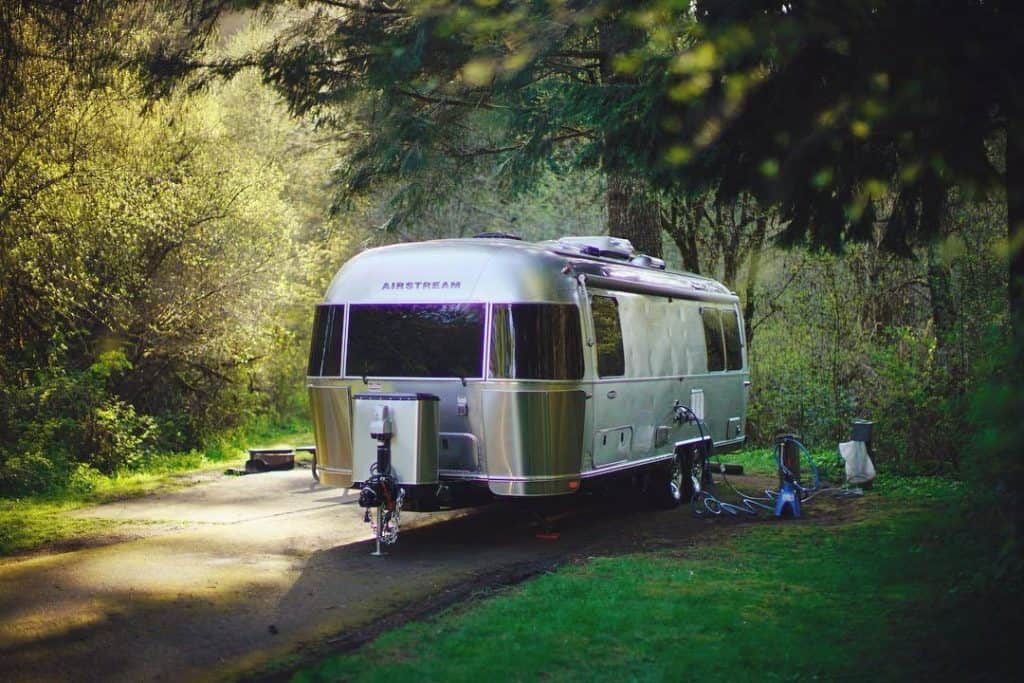 The Best Airstream Park Apps For Your Adventures

Getting the most out of your Airstream adventure can require you to plan your stops and travel route more carefully. Maybe this is your first 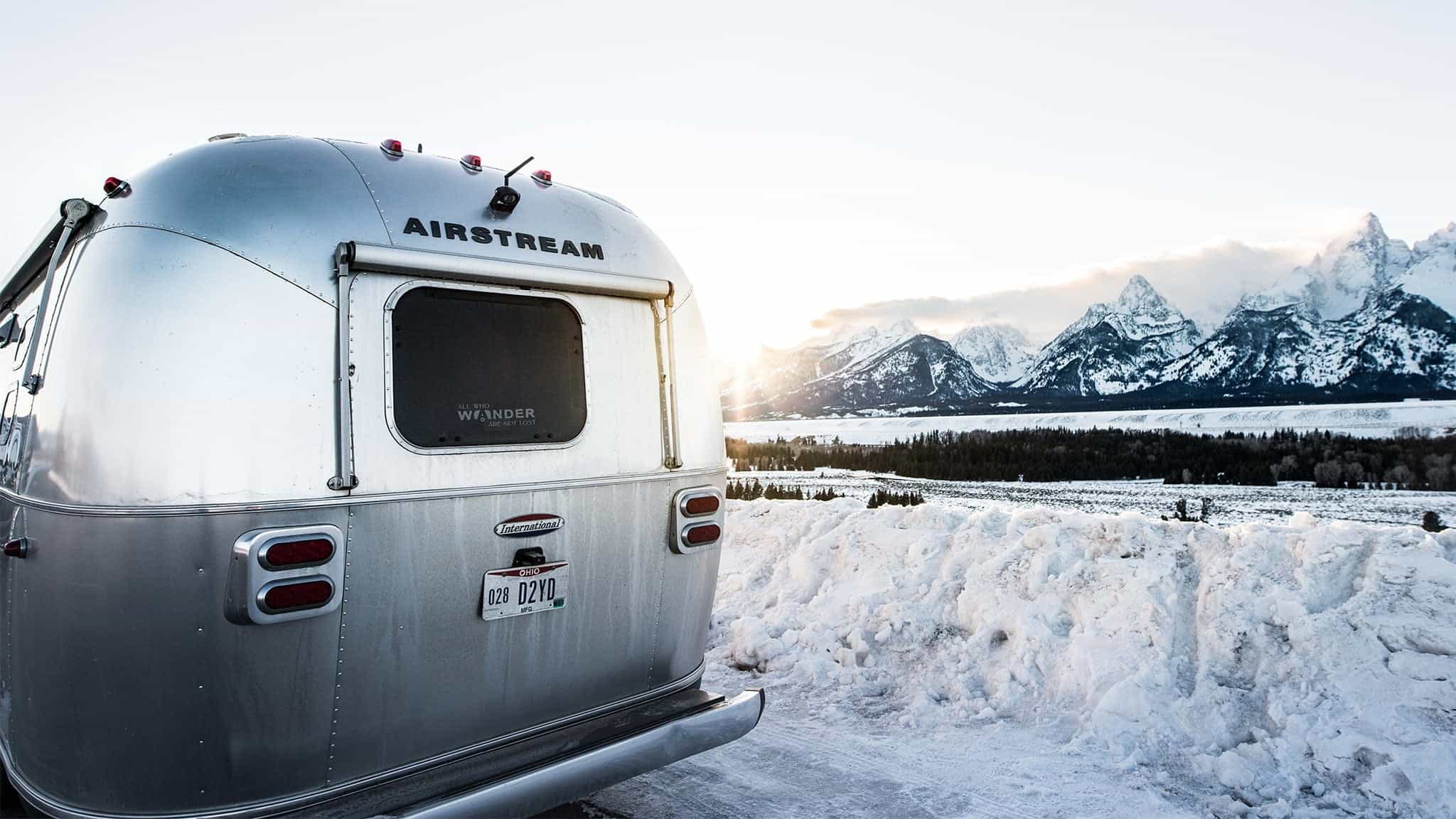 Five Steps to Dewinterizing an Airstream

Dewinterization in a few easy steps There’s a moment near the end of winter when Airstreamers in the northern latitudes start feeling the travel itch. 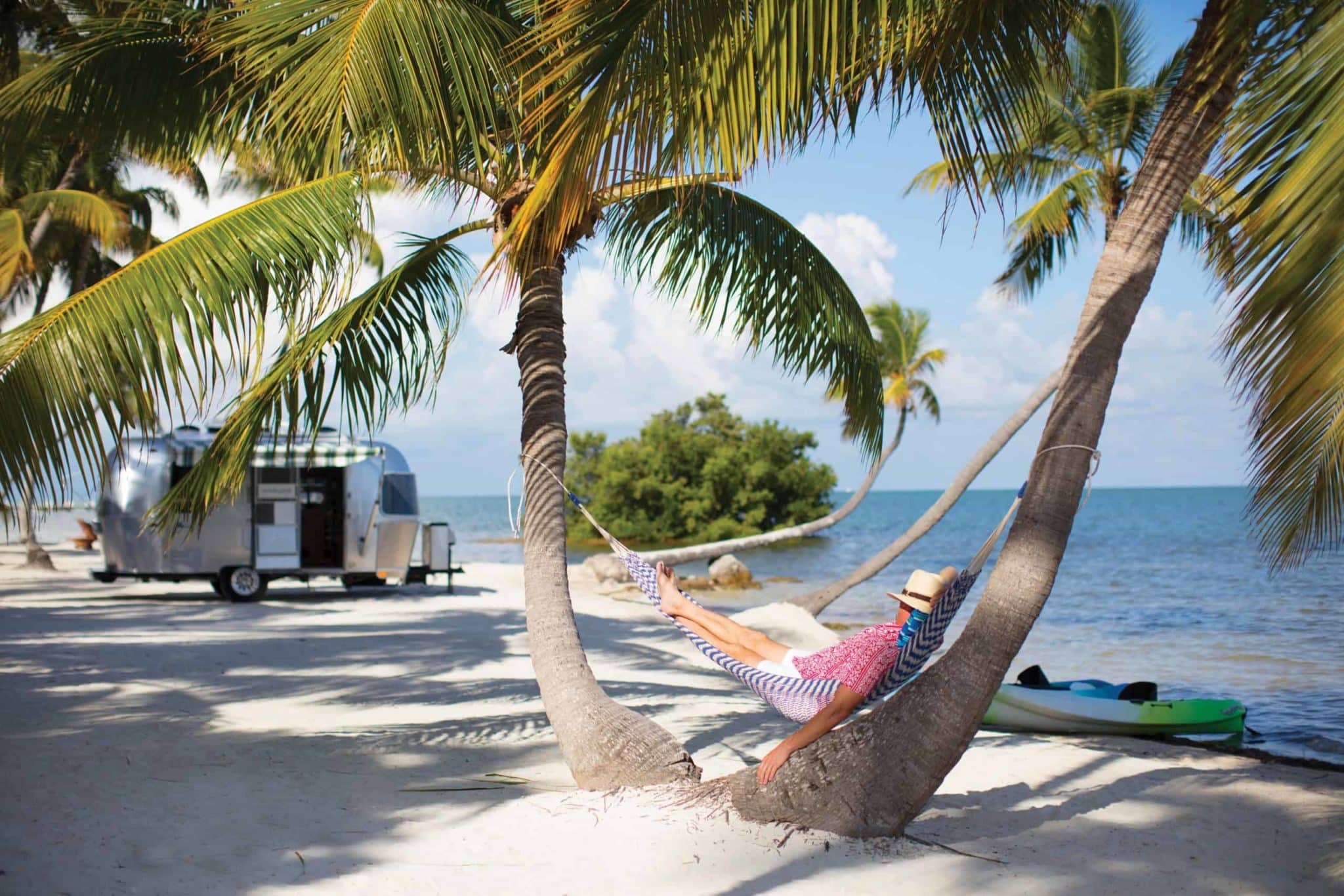 The Summer Of The Airstream

The Covid-19 pandemic has made Americans rethink the way they travel. People are most hesitant to jump on a plane, so road trips have seen 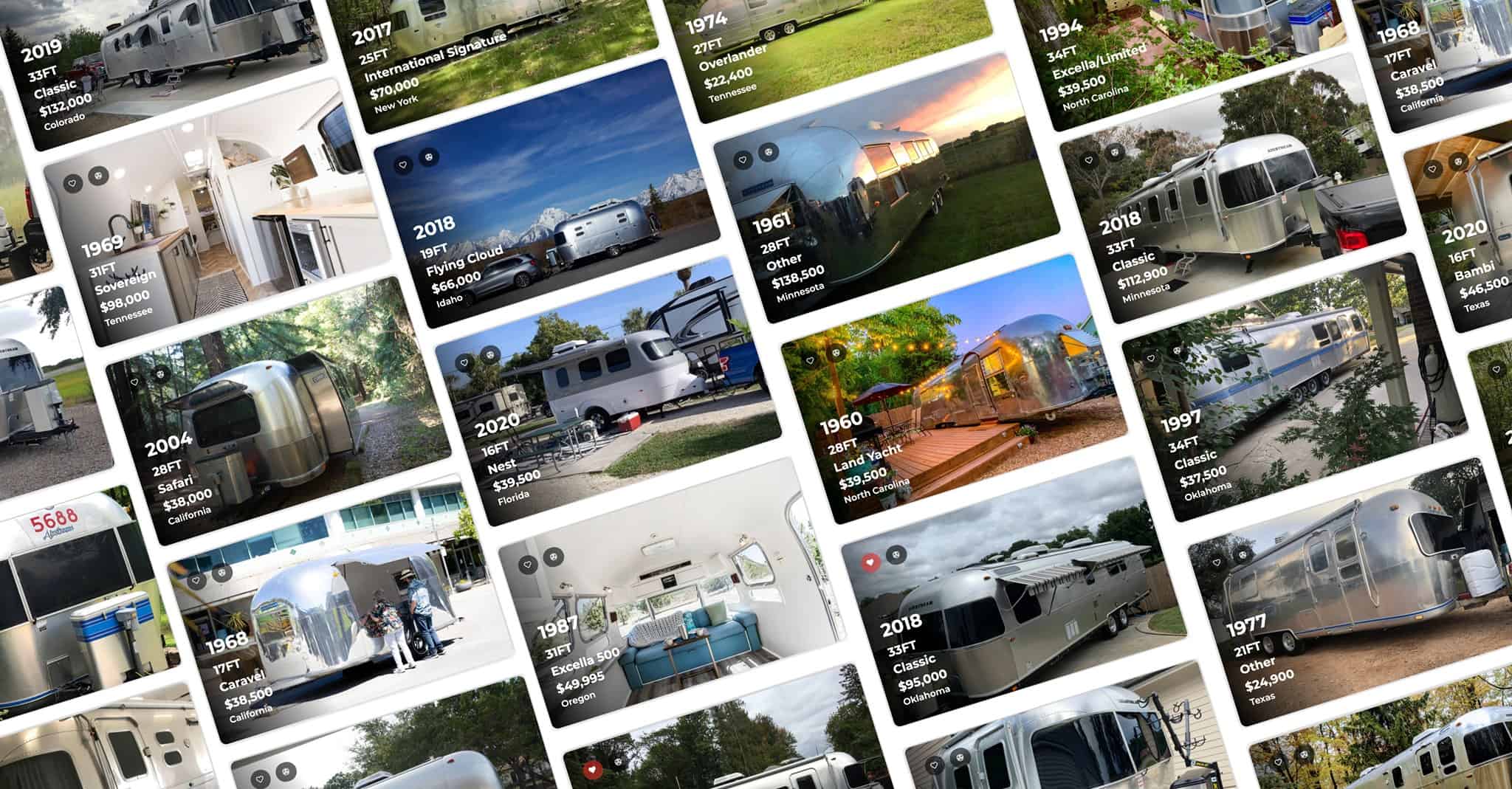 Best Places To Sell An Airstream