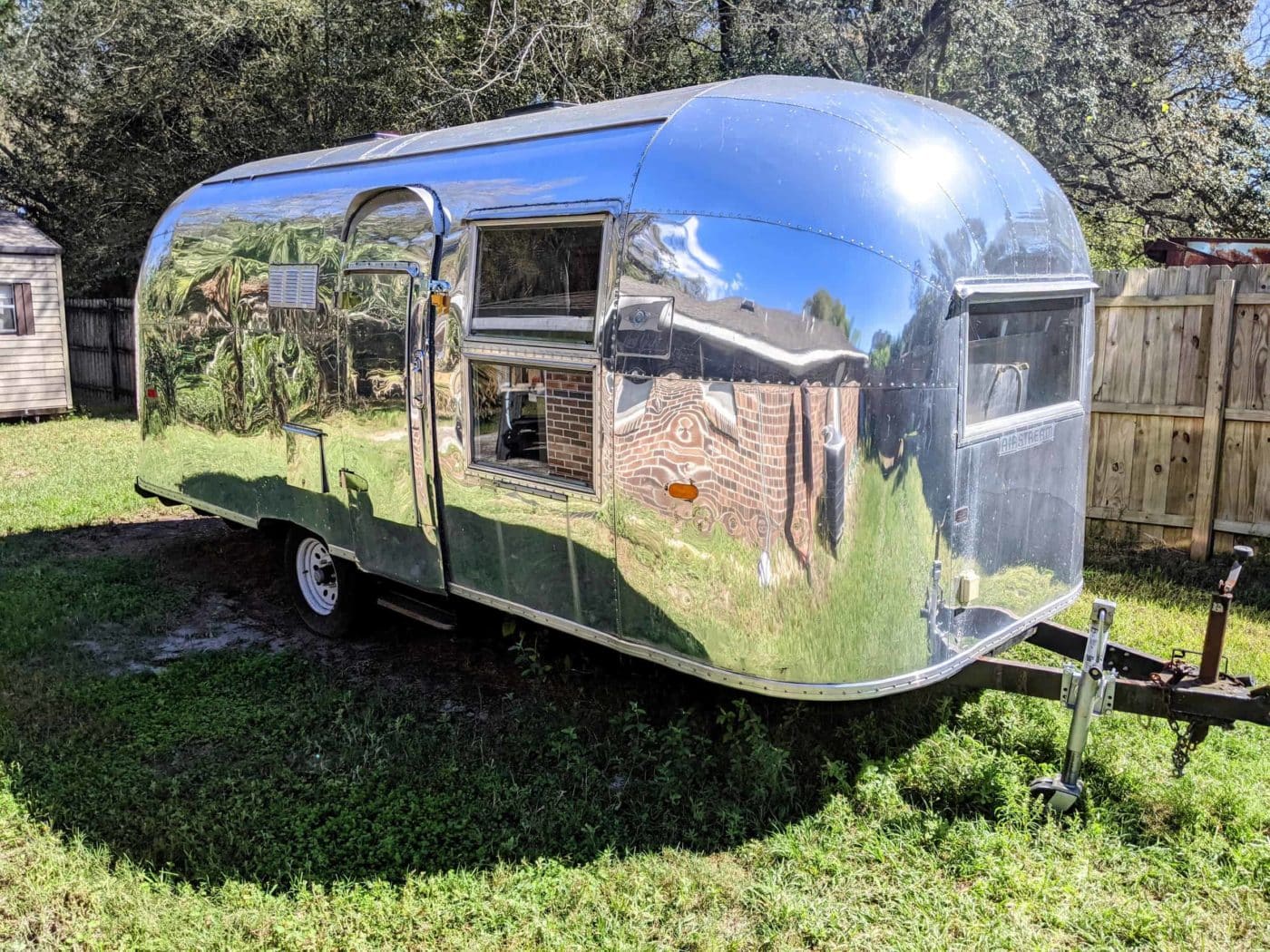 This is a very rare Airstream trailer that I renovated to use as a mobile coffee shop and it worked perfectly for what I needed for the last several years. I opened a brick and mortar shop and don’t have a need for the Airstream anymore.

The Airstream is for sale with the a/c unit, removable outdoor shelf, and 20ft extension cord w/50amp plug. It’s a shell so you have a blank slate to create whatever you want it to be.

Located in Orlando, FL, we can meet for local pickup or I can deliver for a fee. I have the title in hand and own it with no debt.

In 2019 I fully removed and replaced:

Important things to know:
*There were two window leaks that over time caused minimal mold damage to the interior wood panels so I fixed the leaks and cut out the moldy section of wood and replaced it with white tape along the bottom seen in the pictures. Actual mold damage was only about 3 inches from the floor and 12 inches wide but I cut out more so that I could see behind to inspect for more damage. The tape doesn’t effect the stability at all because it’s so small, just an eye sore and might need panels replaced if you want.

*Also, the subfloor gives in a few places because I didn’t finish bracing it from underneath but that’s easily fixable and the subfloor itself is in great condition and doesn’t need replaced.

*The chains are a bit rusty but I’ve never had an issue with them and I added a trailer stand because the original was too rusted to use.

*There are some dents on the exterior that I never tried to fix.

I’m open to any and all questions and can do a video walk through with any serious buyers. This is a fantastic trailer that just needs a little love to make it whatever you want it to be

This Airstream was recently marked sold.
5 People viewing this Airstream.
Report this listing