I’ve just decided to list my personal refuge, a classic, 22-foot Safari International, which was the top-of-the line model in 1967 and came with many extras. It sleeps four, and has a very attractive, comfortable interior that features an aqua-colored kitchen and bathroom decor and mahogany- finish cabinetry.

This unit has been cared for well since new, and is in original condition. Own a piece of history and a true American Icon, and enjoy it for many years to come! It’s a time capsule when you sit inside—it’s the rare original interior that maintains the charm and character. It’s beautiful. Honestly, I don’t know if you’ll find another interior that is as original as this one.

I was lucky enough to acquire this special Airstream in 2011 from the owner who had it since 2004, and used it as a guest room at his lake house in Minnesota. I’m just the fourth owner, and it had been in Allendale, MI before 2004. This particular unit was built at the California plant (as can be determined from its serial number).

As the top-of-the-line model, the International included several extras. These included the obvious striping on the exterior, with the namplate and flag on each side. I’ve also been told the tailights might have been a special style for this particular year.

The highlight of this particular unit for me is the interior,with its aqua appliances and specially decorated all-aqua bathroom. The upholstery is original and in excellent shape, and the curtains and carpeting have been replaced to as close to original specifications as possible, as has the bathroom linoleum. The wood finish is also original…a mahogany-like color, darker than what I’ve seen in other Airstream models from this vintage antique era.

Notes:
• Subfloor and frame are solid, underbelly is in great condition.
• Has plexiglass windows (except the rear window, which is glass.)
• There’s some minor veneer water damage under the streetside cabinets from a roof leak near the A/C unit
• There’s no battery currently; the converter worked well when last plugged in. I have a Progressive Dynamics converter to upgrade that I’m including.
• Tires are old; axle looks original, but still looks good. I haven’t towed it significantly, though the wheel bearings were repacked about 500 miles (buts 16 years!) ago.
• I’ve never used the gas system or the water. (The previous owner indicated that he had a water leak from not properly winterizing.)
• The body isn’t perfect—there is a dent on top (hard to see) near the A/C unit, and one wheelwell has a (well done) repair from an old blown tire, as well as some other blemishes. The damage around the A/C unit should be repaired (I was going to remove it and retrofit an additional fan.) It may still have a small leak, though I keep it covered.
• The awning on the unit is the original, but will need some work.
• The previous owner had polished it well, but I didn’t maintain that over the years. It will polish to the mirror finish, as the 60s Airstreams still had the highest quality aluminum.
• Registration is current until May 2021
• Dry weight of 3450 pounds, tongue weight of 405 pounds, and 21.5” hitch height.
• I also have the original jackstands that will go with it. 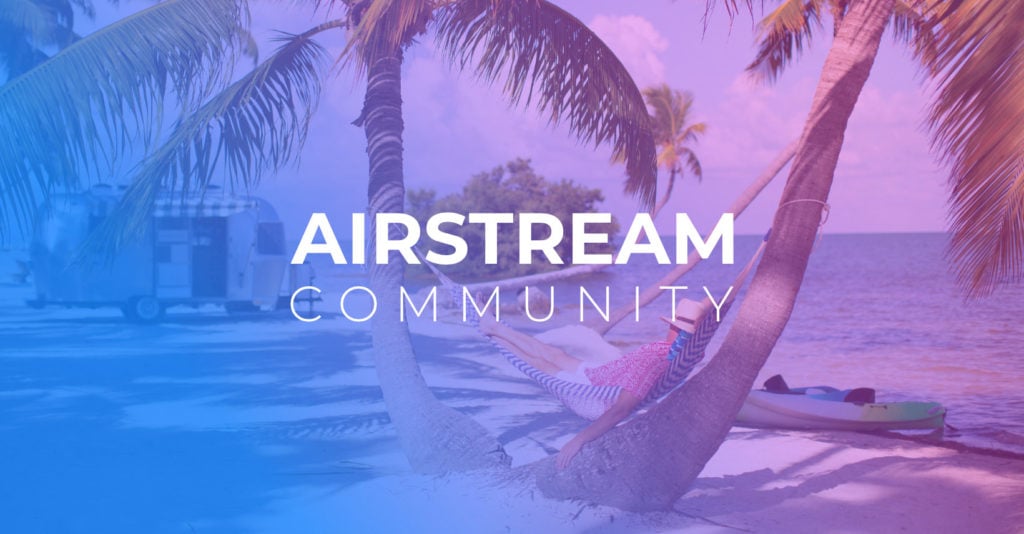 Join the Airstream Community Facebook Group with Airstream enthusiast just like you! Ask questions, find travel destinations & learn what it means to be a true Airstreamer.

You may also be interested in our Facebook group which has Airstream enthusiast just like you! Ask questions, find travel destinations & learn what it means to be a true Airstreamer.

Next
Processing...
An error occured.

Airstream Marketplace gives you the ability to post your Airstream for sale for thousands of interested buyers to see.

Get the latest listings directly to your inbox!​