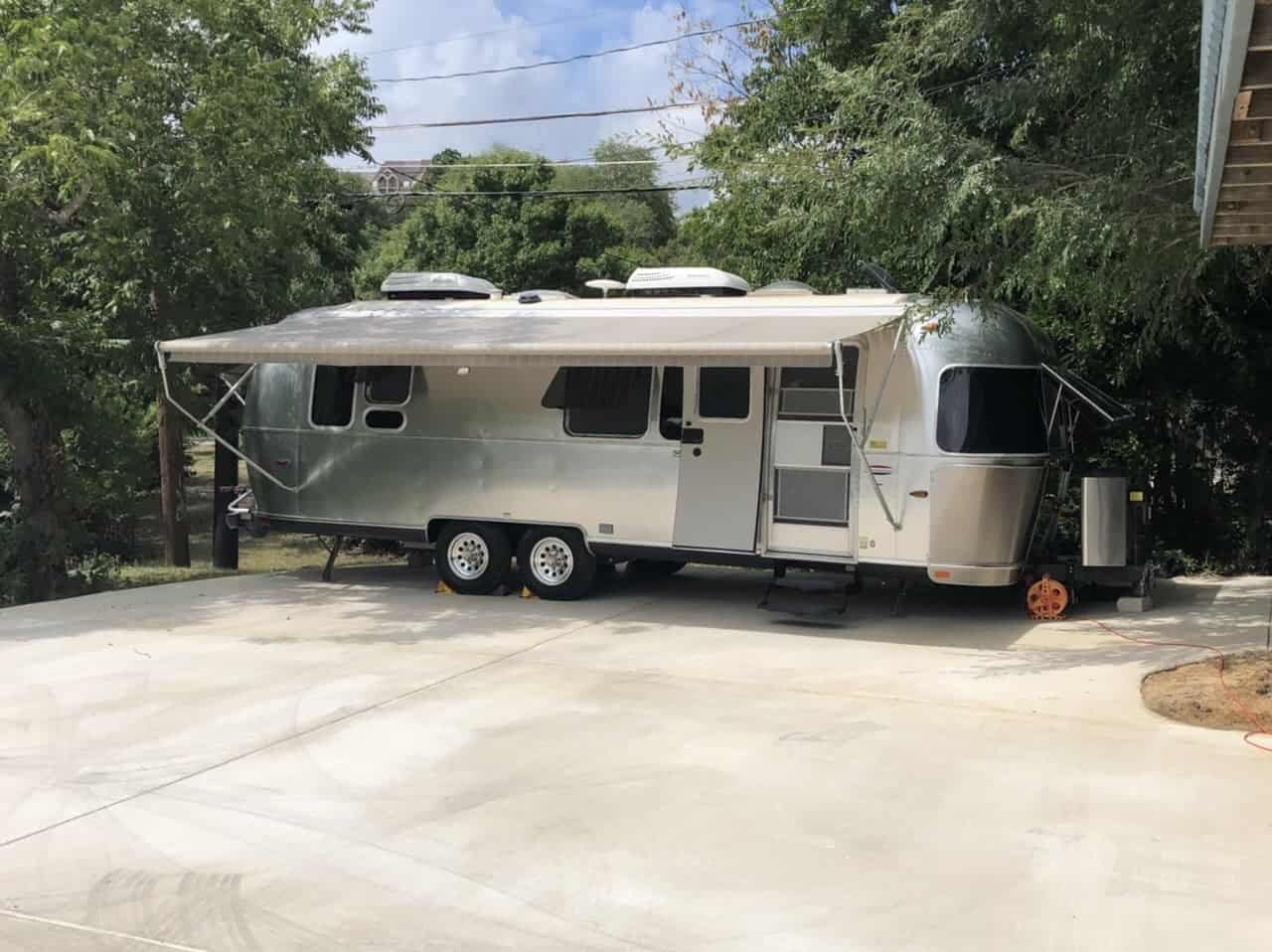 2015 Airstream International Serenity. My wife and I chose this model because it was the smallest one that had a queen bed that did not face sideways. It was the first year to off the LED interior lights (battery savers) as well as ducted venting (much better air conditioning).

We purchased this in September 2018 after searching for quite a while. This model was purchased originally by an older couple that bought it to travel with their children. Unfortunately, their age prevented them from enjoying it, so after 3 years, they traded it in on an Interstate, and we bought it the next day. Although it was “used”, it had never been used. The plastic was still on the mattress. It still smelled (and still smells) new. We only used it twice, and have never cooked in it.

The International is an upgrade line over the Flying Cloud, and the Serenity the highest trim level. This one has a beautiful espresso brown leather interior instead of the red leather. It’s a beautiful trailer in like new condition. My wife and I have used it twice, roughly 1,400-1,500 miles total. I purchased Goodyear Endurance tires in September 2019 before the second trip. It comes with a Fiamma bike rack, Proven Industries lock, X-Chock, and everything in the trunk. We have a large, metal dog fence, and large mats for the exterior.

This is the perfect sized trailer — large enough to meet all your needs, but easier to maneuver than the 30’s. If you are looking at the 28’, you know the benefits of it. This is a like new trailer for half the price. All it needs is someone with time to enjoy it