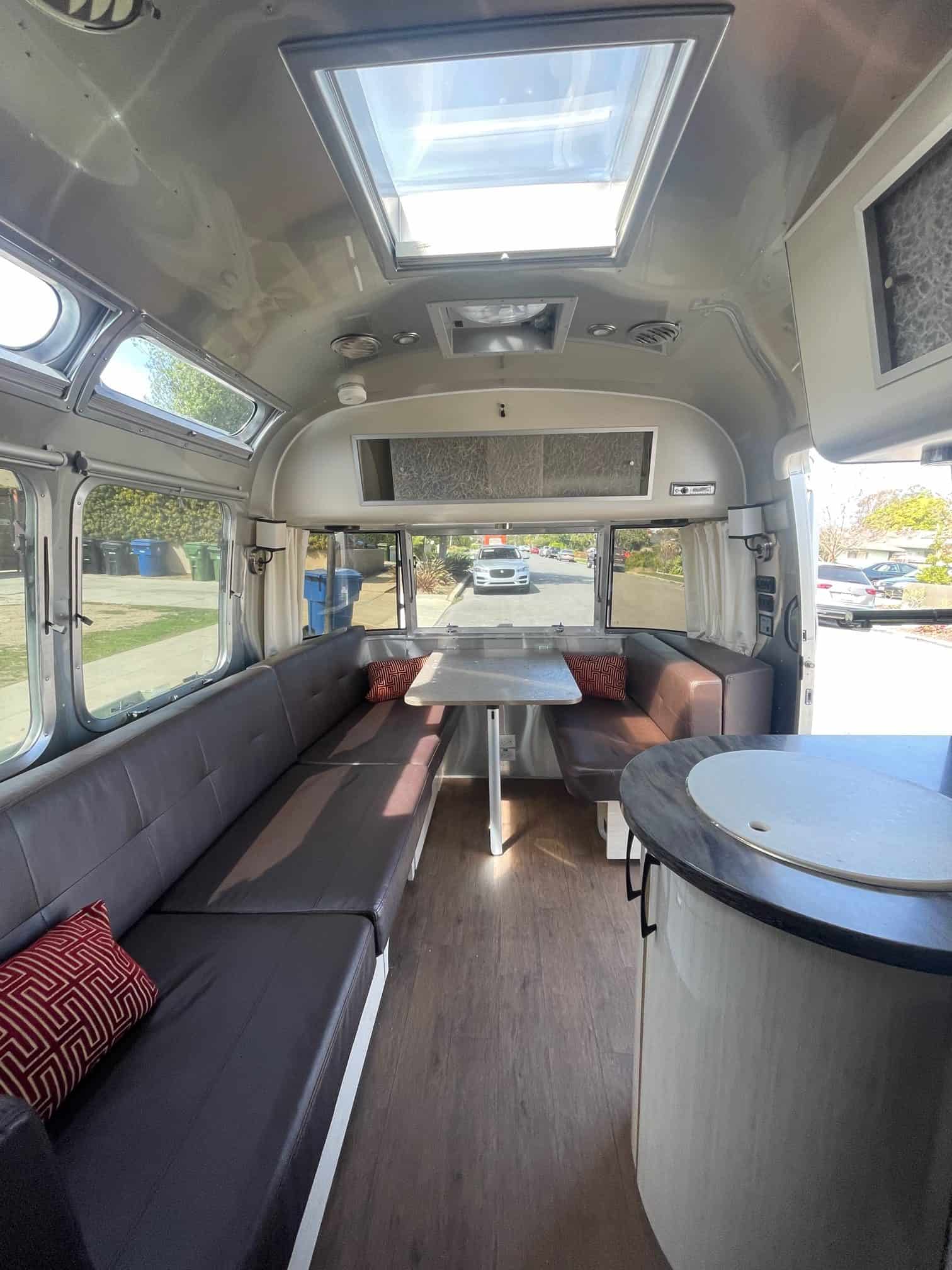 Original owner 23’ Airstream International Serenity like new. This is a fully loaded, top of the line 23’ Airstream. I custom ordered every option and have owned it since new. Some options include Espressor Ultra leather interior, wood flooring, 1000w inverter, convection microwave, additional window awnings on rear and both sides of trailer, Bluetooth hifi system throughout, TV, DVD player, Led lights. It has been stored indoors at my hangar in Van Nuys. Meticulously maintained including annual service at dealer. Everything works perfect and if you see it in person, it looks brand new. Not a scratch or dent anywhere. It should, I have barely used it only few times each year and never longer than 2 nights. I don’t think I have every used the oven or shower. Used in CA. Never seen snow and you could count days it has been in rain on one hand.

In 2016, Airstream switched to central heat and air system allowing for zoned HVAC as well as ductless vents throughout. They also switched to full Led lighting. In addition to the features, I had a 200W solar system (over 2k) installed by the dealer which will charge the batteries and give you endless days off the grid. The OEM batteries were replaced at the same time with 2 DC224 AGM batteries, over 1k. I also have a dual bike rack to boot. I had a brand new tempur pedic mattress custom made less than a year ago with custom sheets. ($1200) If you ever slept on OEM mattress, you will understand why this is a must. I have all the original decorative pillows that came with the airstream stored new and unused. Brand new tires with less than 200 miles on them.

You will NOT find a cleaner used Airstream anywhere.
Have clear title and all manuals. More pics to follow