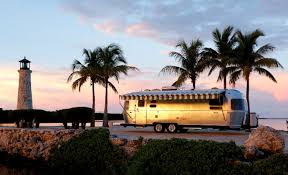 2018 Airstream Tommy Bahama Signature Edition 27FB
(Sold on 2/18 for $145,000)
Considered one of the best signature models Airstream ever offered, this 2018 Tommy Bahama Edition Airstream is fully optioned plus many upgrades. His name is Marlin and includes a custom graphic on the rear window a Marlin graphic purchased from Airstream that goes on the rear window of the Tommy Bahama Interstate . Can you feel the coastal breeze coming through the rear hatch? If you considered a Tommy Bahama Airstream but missed them during regular production, here is your chance to get one as close to new as possible.

You can view upgrades in the air forums under the Special Edition Forum for Tommy Bahama and I’m happy to e mail more photos to you.

Will also include TWO NEW front rock shield decals for future replacement s . These are SUPER expensive over 700 each .

Second Shower Head hook for use while sitting in shower

Original Sheets included laundered and folded and a second set in the original packaging provided as well.

All original Tommy Bahama accessories included with the exception of the towels and the comforter and sleep pillows and the blue teardrop pillows.

OCD owner so kept like new and walbernized every 2 months.

Reverse stain on the floor from when the fridge defrosted when we lost power when plugged in. The water ran under from the fridge and left a star shaped stain we cover with a runner .

Tiny dent in table top where something from overhead bin dropped on the table top I ll have to point it out to you .

There are three Tommy Bahama 27FBs currently for sale. The medium average of the three for sale is where I have mine priced as mine has all of the upgrades of a CLASSIC and the others do not. More pictures available upon request.

I assure you, you ll find none nicer and if you’ve been holding out until the right one comes along … this is it!

And for those who will want to know this is not an easy thing for us. We LOVE this airstream, but as we approach having 2 kids in college, I’ve purchased a 1968 Airstream Overlander that is pretty nice and will need some slight upgrades which will lighten the financial impact once dialed in.

This Airstream was recently marked sold.
2 People viewing this Airstream.
Report this listing